Benthic biodiversity near brine discharge sites in the Port of Rotterdam

Categories Articles in a journal, Publications 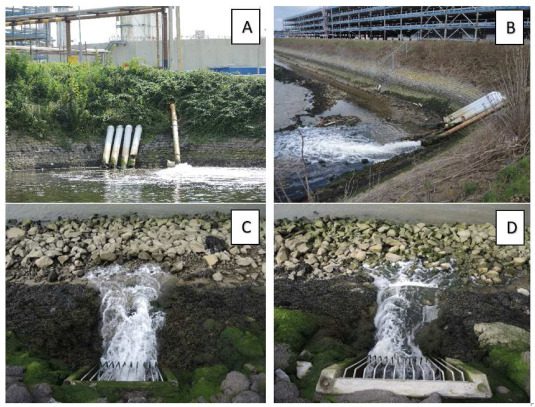 Posted at 16:05h in Articles in a journal, Publications by admin_josep

The Port of Rotterdam is a heavily man-modified estuarine system, Europe’s major seaport and home to a large number of chemical and petrochemical plants, many of which are supplied with distilled water from two demineralized water plants in Botlek and Maasvlakte. In this study, we assessed the ecological conditions near the brine outfalls and at a reference site unimpacted by brine, focusing on the benthic macrofaunal composition. Overall, the analysis of the communities and species revealed a similar macrobenthic composition, although with lower abundance and diversity compared to the nearby North Sea environment. The outfall area of the Botlek demineralized water plant, which is a dead-end entirely marine waterway with no to little currents in contrast to the well flushed brackish environment of the outfall of the Maasvlakte demineralized water plant, was characterized by the lowest abundance of benthic macroinvertebrates, species richness and Shannon diversity index. Higher biodiversity values at the Maasvlakte demineralized water plant compared to the reference site were also associated with the presence of a large biogenic reef of the Pacific oyster Crassostrea gigas with specimens of over 8 years estimated age being observed, however with many dead individuals recorded at the time of surveys. The outfall area of the Botlek demineralized water plant also had the highest disturbance levels according to the results of AZTI’s Marine Biotic Index (AMBI) in conjunction with Benthos Ecosystem Quality Index (BEQI). Its community was dominated by the opportunistic native species Capitella capitata and Varicorbula gibba, and species typical for organic matter enrichment such as Alitta succinea (native), Streblospio cf shrubsolii (native) and Theora lubrica (invasive), which correlates well with higher levels of anthropogenic pollution in this area. Generalized linear model (GLM) and distance-based multivariate linear model (DistLM) showed that the distance from the outfalls was an important factor in terms of brine impacts however explaining a small part of the variation observed. Similarity percentage analysis (SIMPER), multivariate analysis, and permutational multivariate analysis (PERMANOVA) showed low similarity between and within study sites, confirming that high levels of heterogeneity exist within the estuarine system in terms of natural conditions and anthropogenic stress.