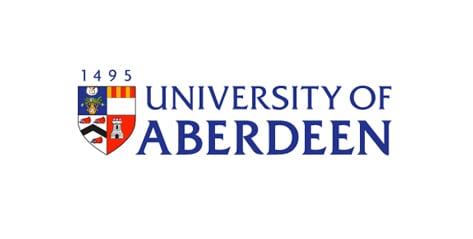 The University of Aberdeen is the fifth-oldest university in the UK, recognised for its excellence in teaching and research. Consistently ranked amongst the top 1% of the world’s universities, in 2019 it received the Scottish University of the Year award, and in 2018 it was awarded the Queen’s Anniversary Prize for Higher and Further Education.

Its alumni include 5 Nobel Laureates, and it stands 6th in UK for success in commercialising research with spinout companies, administering 100 patents, 67 licenses and establishing 17 spinout companies since 2007.

Its School of Biological Sciences (SBS) hosts 150 postgraduate research students, 90 postdoctoral scientists and independent research fellows, and 45 research technical staff. Its current active research grant holdings total over £25M from government, NGO, industrial and charitable sources. The UoA is recognised internationally for its expertise in marine biology, environmental sciences, ecology, physiology and biology, with research areas spanning from genetic to global scales, from deep ocean to high altitude, and from the Arctic to the Antarctic.
More info >